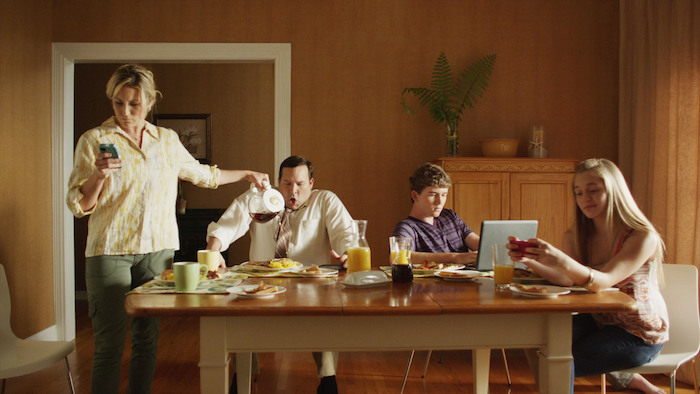 Think you can fire on all cylinders with your smartphone out? Think again. A new study suggests simply your smartphone’s presence drains your brain power.

Researchers recruited 520 undergraduate students and randomly assigned them to one of three groups. One group was asked to leave all their belongings outside the lab. The students in the second group were asked to bring their phones into the lab and place them face-down in a certain place on their desks. The third group of students was instructed to bring all belongings into the lab and keep their phones “wherever they ‘naturally’ would.” All the students completely silenced their phones before beginning the experiment. The students then completed a variety of assignments and tasks designed to measure attention and cognitive capacity and answered questions such as:

“When completing today’s tasks, how often were you thinking about your smartphone?”

“How much / in what way do you think the position of your cellphone affected your performance on today’s tasks?”

“In general, how much do you think your cellphone usually affects your performance and attention span?”

And other questions to measure the students’ perceived effects of smartphone presence on their performance on the day of testing and in general.

The students also answered questions about their dependence on and emotional attachment to their smartphones, such as whether or not they agreed with such statements as “I would have trouble getting through a normal day without my cell phone” or “Using my cellphone makes me feel happy.” Interestingly, students who said they felt dependent on their smartphone were more cognitively impaired by its presence than those who said they liked using their phones. Our brains seem to be wise enough to be pulled more by what we need than what we enjoy.

In a world where life is often a race against time, this study should make us think. None of the students checked their phones during the study– not even once– yet those close to their phones were measurably distracted. Do we work longer and longer hours because our smartphones are siphoning away our attention and brain power? What are the implications for driving– an activity for which focused attention is literally the difference between life and death?

Perhaps this study should be required reading for Driver’s Ed.

To read more this study, titled “Brain Drain: The Mere Presence of One’s Own Smartphone Reduces Available Cognitive Capacity” and published in the Journal of the Association for Consumer Research, click here and here!

Are smartphones distracting your family from life off-line?