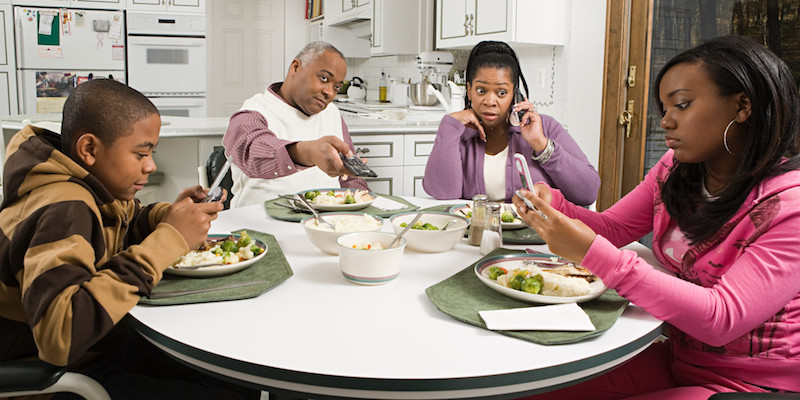 Do you scroll Facebook while watching television? Or listen to music while typing a research paper? Play a game on your smartphone as you listen to an audiobook? According to a new study, you may be hurting your memory and attention span.

Media multitasking– consuming more than one source of media at a time– has been increasingly common since the advent of the smartphone. According to a survey by Common Sense Media, half of teens watch TV or use social media while doing homework, and over half text (60%) or listen to music (76%) while doing homework. Furthermore, most of those who do so don’t believe it affects the quality of their work.

Unfortunately, a new study begs to differ. Conducted at the University of Helsinki as part of the doctoral thesis of Mona Moisala, the study followed 149 teens and young adults between the ages of thirteen and twenty-four years old. The participants self-reported the amount of time they spent media multitasking and completed various tasks that required attention and focus while researchers measure their brain activity with an MRI. Those who admitted to greater amounts of time spent media multitasking performed worse on the attention, memory, and focus tests. Furthermore, their brains showed higher levels of activity in the areas related to attention and self-control, indicating these participants had to work harder than the others to stay focused and complete the required tasks. You can read more about the study and Moisala’s doctoral thesis here and here.

It’s fairly obvious that multitasking makes us slower. Some of us may even admit that switching back and forth between jobs leads to a lower quality result. However, this research suggests the consequences of multitasking may extend far beyond the tasks we juggle. The more we multitask, particularly when media consumption is involved, the more we train our brains not to focus. We lose the ability to tune out distractions, our self-control weakens, and our memories don’t stick.

Tune out distractions and put the technology in your home back in its place!