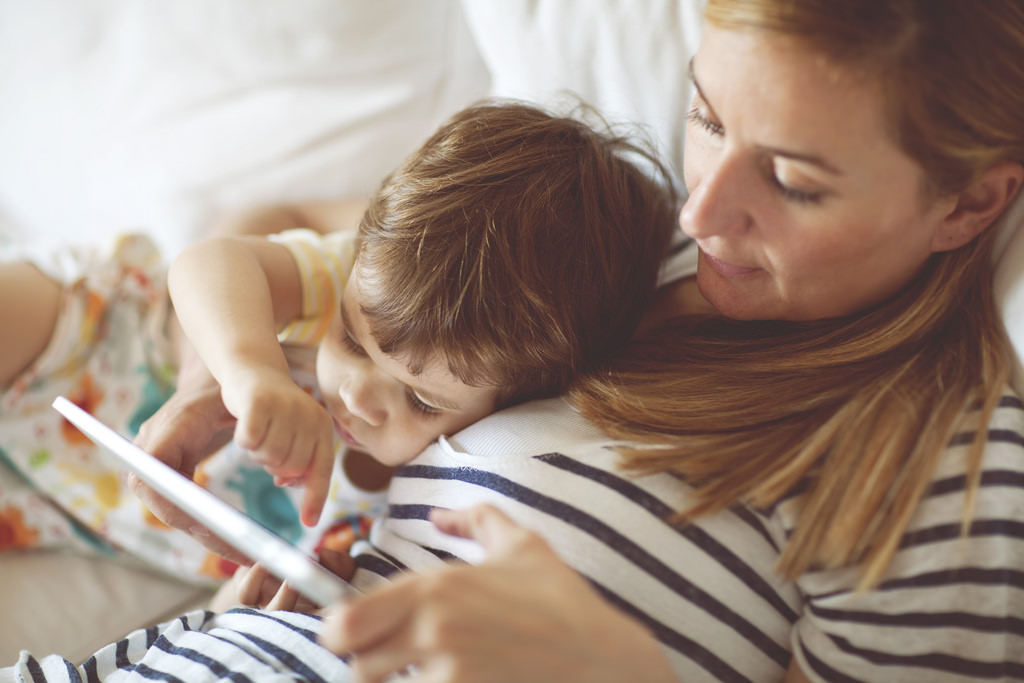 When the kids are driving you crazy, think twice before you reach for your phone. New research suggests that kids, particularly toddlers and preschoolers, act out more when parents are too plugged in.

The study, conducted at Illinois State University, surveyed 170 American families about parental tech habits and the kids’ behavior. Brandon T. McDaniel, the lead researcher, focused primarily on “technoference,” a social science label for technology use interrupting real life interactions. Parents who had poor tech/life balance– checking the phone often, feeling lost without one’s phone, and/or turning to the phone when lonely– were more likely to have technoference in their relationships, which in turn correlated with more negative behavior from their children. The children in the study were around three years old.

Modern parents are becoming more attuned to children’s screen time, and rightfully so. However, like secondhand smoke, technology dependency affects even screen-free kids. This is not the first study to link heavy tech use to sub-optimal relationships, but this is the first to confirm the intuitive link between excessive smart phone attachment by a parent and toddler meltdowns.

The study also noted that not all of the children externalized the disappointment of losing their parents’ attention to a phone; many children withdrew and exhibited internalizing behaviors as well. While this may be more convenient immediately, children who internalize negative feelings suffer later as they struggle to develop healthy coping mechanisms. It’s not hard to envision a multi-generational cycle: a lonely or bored parent self-medicates with a screen, the child internalizes the hurt of being passed over for a screen, the child learns to cope with negative feelings through screens, the child becomes a parent and models the same heavy tech use, the children again take after the parents.

Parents, if you don’t model healthy screen habits, who will? Demonstrate unplugged time, prioritize face to face interaction over digital messages, and put your own devices to bed at a healthy hour. Children may follow rules temporarily, but their long-term habits as adults are more likely to resemble yours. Put the phone away, turn it off, shut it down, leave it alone. Teach your children to value reality over artificiality, and you’ll instill a lesson that will protect them for a lifetime.

You can find the original study here or read about it in the Chicago Tribune by clicking here.